Read about some of Rocky Mountain House's finest:

Check back as more profiles of notable Rocky Mountain House and area residents are added. Ryan started Short Track Speed Skating in Rocky Mountain House in 1989. Under the coach of Phyllis Loewen, he quickly picked up the sport. In 1992, Ryan made the Alberta Provincial team.

After finishing high school, Ryan moved to Calgary to attend university and train in the Olympic Oval Program. He has competed at several national and international level competitions including the 1995 Canada Winter Games, several Canadian and North American Championships and the 1999 Alta Valtellina Cup in Bormio, Italy, where he finished 7th overall. Ryan consistently ranked in the top 20 Short Track Speed Skaters in Canada. During the 2001/02 season, his personal best in the 1000m was less than 0.2 seconds off the world record in the distance.

Ryan graduated from the University of Calgary with a B.Sc. in Actuarial Sciences. Started Skating with my brother on our home pond in Horburg at the age of three.

Joined the Rocky Speed Skating Club at the age of seven and enjoyed competition from day one.

Trained short track with Phyllis Loewen and long track with Greg Planert until the family moved to Holland.

In 2002, won the Junior World Championships all-round and set new Junior world records in the 1000m and 1500m.

Member of the TVM Speed Skating Team since June of 2002 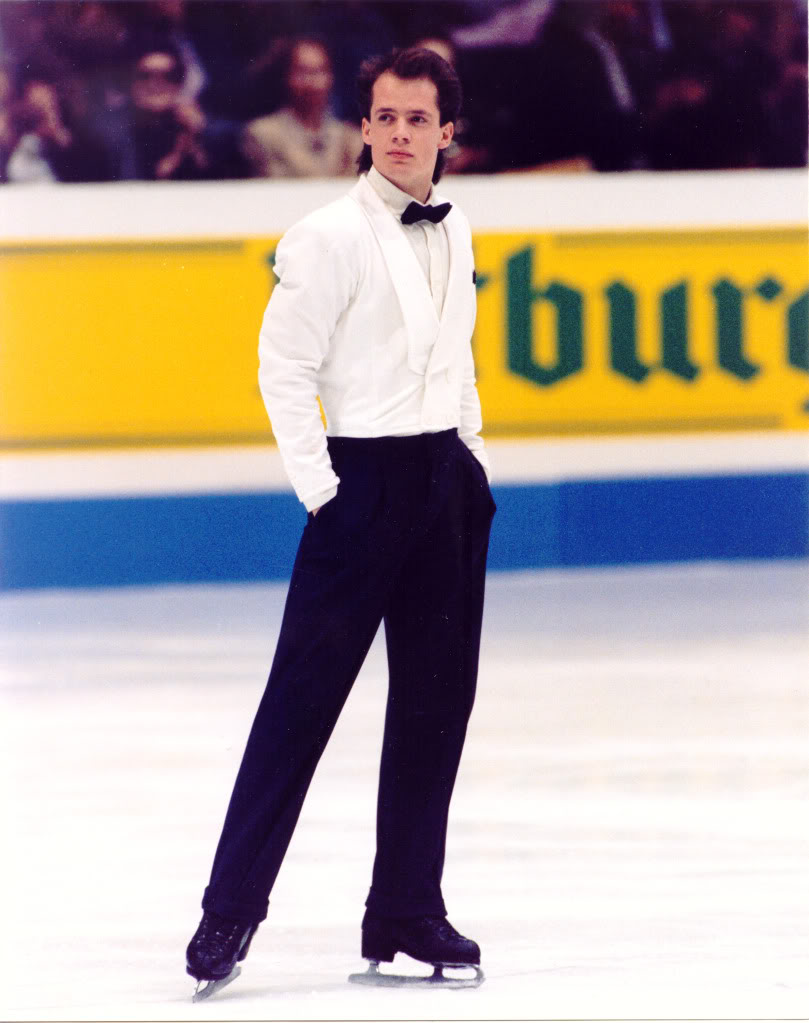 Kurt Browning began figure skating and hockey in his hometown of Caroline at age six and soon progressed showing a love for jumping. He started lessons in Rocky Mountain House at the age of eleven where he enjoyed practicing and performing with the skating group. Kurt recalls being woke up early on dark, cold winter morning and sleeping in the station wagon while his mom or dad drove him to ice dance or figure skating lessons. In 1982, the decision was made to leave his country toots and move to Edmonton to train full time, therefore finishing high school in Edmonton. It proved to be a worthwhile move when Kurt became Novice Canadian Champion in 1983 and Junior Canadian Champion in 1985. He fondly remembers the fun and fellowship in Rocky Mountain House and the support he has received during his long career. He has won World Figure Skating Championship titles in 1989, 1990, 1991, and 1993. Kurt landed the first ratified quadruple jump (toe loop) in competition at the 1988 World Championships in Budapest, Hungary. He has represented Canada at three Winter Olympics, having the honor of carrying the Canadian flag in the opening ceremony in Lillehammer, Norway in 1994.

During his competitive career, he has been admired for his excellence in pressure situation, and the spontaneous, energetic way in which he skates. His natural humour, connection to the music and rapport with the fans has always been a highlight of his routines. He has received many awards and is very proud of; The Lionel Conacher Award- The Canadian Press Male Athlete of the Year, The Lou Marsh Award- Canada’s Outstanding Athlete of the Year, and the Order of Canada all being presented in 1990.

By the time he turned professional in 1994, Kurt had developed into one of the best entertainers the sport had ever seen. Figure skating fans will recall his memorable free skate program to Casablanca, when he plated the Humphrey Bogart role of Ricks. Kurt has also starred in many television specials. He recreated Gene Kelly’s; Singing in the Rain for the television program entitled “You Must Remember This”, which won five Gemini Awards including Best Variety Special. His first TV special entitled “Tall in the Saddle” featured outdoor locations in the Caroline and Rocky Mountain House area.

His energy and talent are loved by his fans and embraced by his fellow figure skaters. He has expanded his creativity, performing the title role in “Peter Pan: The Family Musical”. Kurt is also the author of two books and has choreographed figure skating programs. His knowledge, enthusiasm and wit are embraced in his commentary while hosting on television as he continues to promote the sport of figure skating. 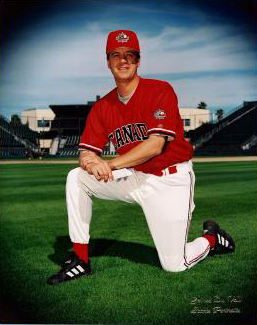 Harold Northcott’s passion for baseball began at an early age, playing for teams in Clive and throughout Central Alberta. Harold’s playing career was successful as he played on several teams that captured provincial championship titles, however, a Canadian championship always eluded him. The pinnacle of his playing career was playing with Team Canada. In 1985, while participating in the Intercontinental Cup, Harold was named the Most Valuable Player; in 1986 Harold played with Team Canada at the Pacific Rim Cup. A highlight with Team Canada was playing in the 1987 Pam American Games held in Indianapolis, Indiana. In the fall of 1987, Team Canada qualified for the 1988 Olympics in Seoul, South Korea at the Intercontinental Cup Games in Cuba.

In 1988, Harold embarked on what was to become a very successful coaching career. In 1990, his St. Paul Runnin’ Rebels earned a gold medal at the Midget “AA” Provincial Championships. In 1992 he was selected as the Pitching Coach for the Canadian National Youth Team. This team competed at the World Championships in Monterrey, Mexico. In 1993 and 1994, Harold continued as the Pitching Coach for the National Youth Team, competing at the World Championships, in Windsor, Ontario and Brandon, Manitoba. Future Major League Baseball players, Eric Gagne, Boston Red Sox (2003 National League Cy Young Award) Ryan Dempster, Chicago Cubs (selected to the 2000 All-star Game) and Jordan Zimmerman, Seattle Mariners were on his pitching staff. In 1997, Harold was selected as Pitching Coach for Team Alberta, competing in the Canada Summer Games. The team captured a bronze medal (the first ever medal in baseball for Alberta).

From 1998 through to 2001, Harold was the Pitching Coach for the Canadian National Senior Team. In 1998, Canada tied for first in the World qualifier; in 1999, at the Pam Am Games Winnipeg, Manitoba, Canada won a bronze medal (first ever at the Pan Am American Games in baseball).Team members included Stubby Clapp, a future major leaguer with the St. Louis Cardinals; Aaron Guiel – New York Yankees; Chris Mears – Detroit Tigers. In 2000, Canada was the first to qualify for the World Championships in Chinese Taipai; Canadian players included Justin Morneau, Minnesota Twins and 2006 American League MVP Jason Bay – 2005 National League Rookie of the Year; Scott Thorman and Phil Orr, both of the Atlanta Braves.

While coaching at the National level, Harold continued with both local and provincial programs; in 2001, with Harold as Pitching Coach, Team Alberta placed 4th at the Canada Summer Games. In 2002 and 2004, Harold and Zone 4 captured silver medals at the Alberta Summer Games; in 2003 he guided the Rocky “AA” Diamondback Bantam team to both the Provincial title and Western Canadian title. In 2004, as Head Coach for Team Alberta Pee Wee Girls, he led the team to a bronze medal finish at the Western Canada Championship. Also in 2004, he was a Canadian National Gold Medal winner as the pitching coach for the Sherwood Park “AAA” Midget Team. As Head Coach of Alberta at the Canada Cup (16 & 17 year old boys) in 2005, the province took another medal this time bronze. In 2006, Harold was the Pitching Coach for Team Alberta Bantam Girls which won a National Championship – the first ever gold for a Team Alberta team.

Over the years, his proudest accomplishment has been seeing his three children; Dustin, Chad and Heidi all win Canadian Championships, the only three gold medals captured by the province (at Baseball Canada Championships) in the minor divisions, in Alberta baseball history.

In February of 2007, Harold was selected as the Provincial Head Coach, a salaried position with the Alberta Amateur Baseball Council. He continually strives to direct young athletes to fulfill their potential. 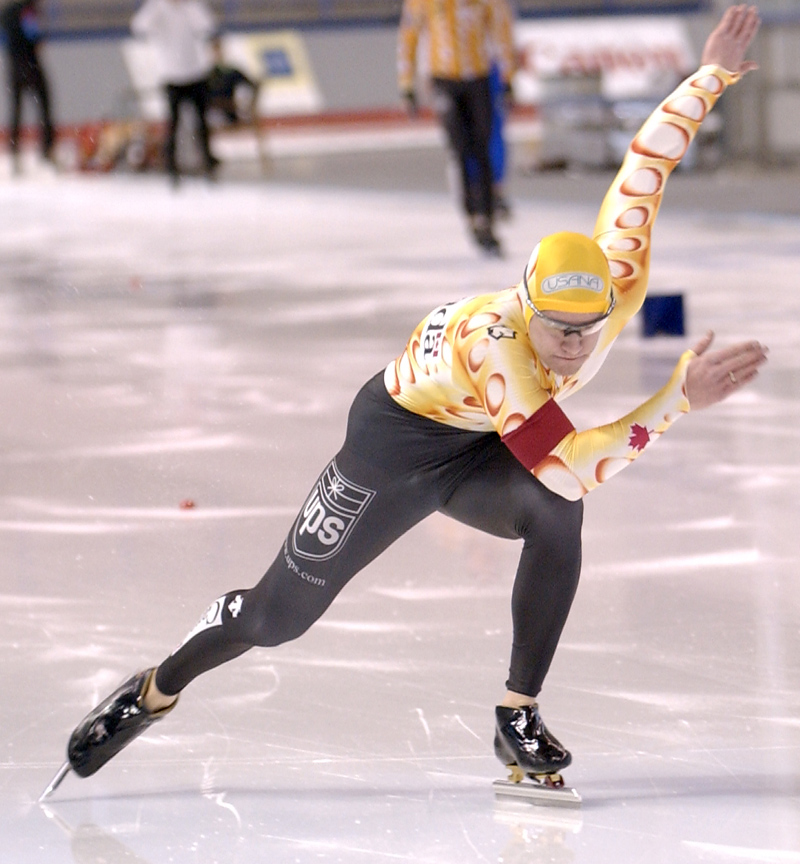 My love for skating started when I was very young. Hockey was the name of the game and I played as a left winger till I was 13 years old. During my last season, my older brother, Wes, decided to try speed skating with the Rocky Mountain House Speed Skating Club. I decided that I would follow my brother’s lead and give speed skating a try. An instantaneous love for the sport then followed. Short Track was my first exposure to competitions. Traveling around southern Alberta for Ability and Age Class meets were the highlights of the season. Training was done under the watchful eye of Coach Phyllis Loewen. During the next few seasons, I participated in the occasional Long Track competition at the Olympic Oval in Calgary, where I developed a preference for long track speed skating. In 1997, my family moved to Calgary and I began training, in earnest, at the Oval in the Oval Program under the guidance of Kurt Innis. During the last five years at the oval, I have worked and trained under three different coaches, Mark Greewald, Arno Hoogveldt, and Moria D Anfrea.

I skated for Team Canada at the 2006 Winter Olympics in Turin, Italy. Phyllis was born in Mallaig, Alberta where she first started skating on ponds. In 1957 at the age of eleven, she began her speed skating career with the Red Deer Lions Speed Skating Club. That year, Phyllis won Canadian Indoor – Outdoor Champion in Winnipeg. From 1958-1970 she was Canadian Indoor – Outdoor Champion in each of the different age categories.

In 1964, Phyllis set four records at the Canadian Outdoor Championships, including a time of 19.3 seconds in the 220 yard outdoor event that still stands today.

In 1970, at her last competitive meet, Phyllis set two Canadian indoor records – one in the 880-yard competitions, the other in the 440-yard competition. She celebrated the end of her speed skating career with victories in four major events, including the 1-mile  and 5/4-mile distances.

From 1992 on, Phyllis has worked in administrative positions with Alberta Speed Skating Association. These include Vice-President of ASSA with Advanced Programs and President of ASSA.

In 1988 Phyllis Fitzgerald-Loewen was selected for a sports exchange to China for coaching. She also started the Rocky Mountain House Speed Skating Club, which celebrated its 30th anniversaty in 2018.